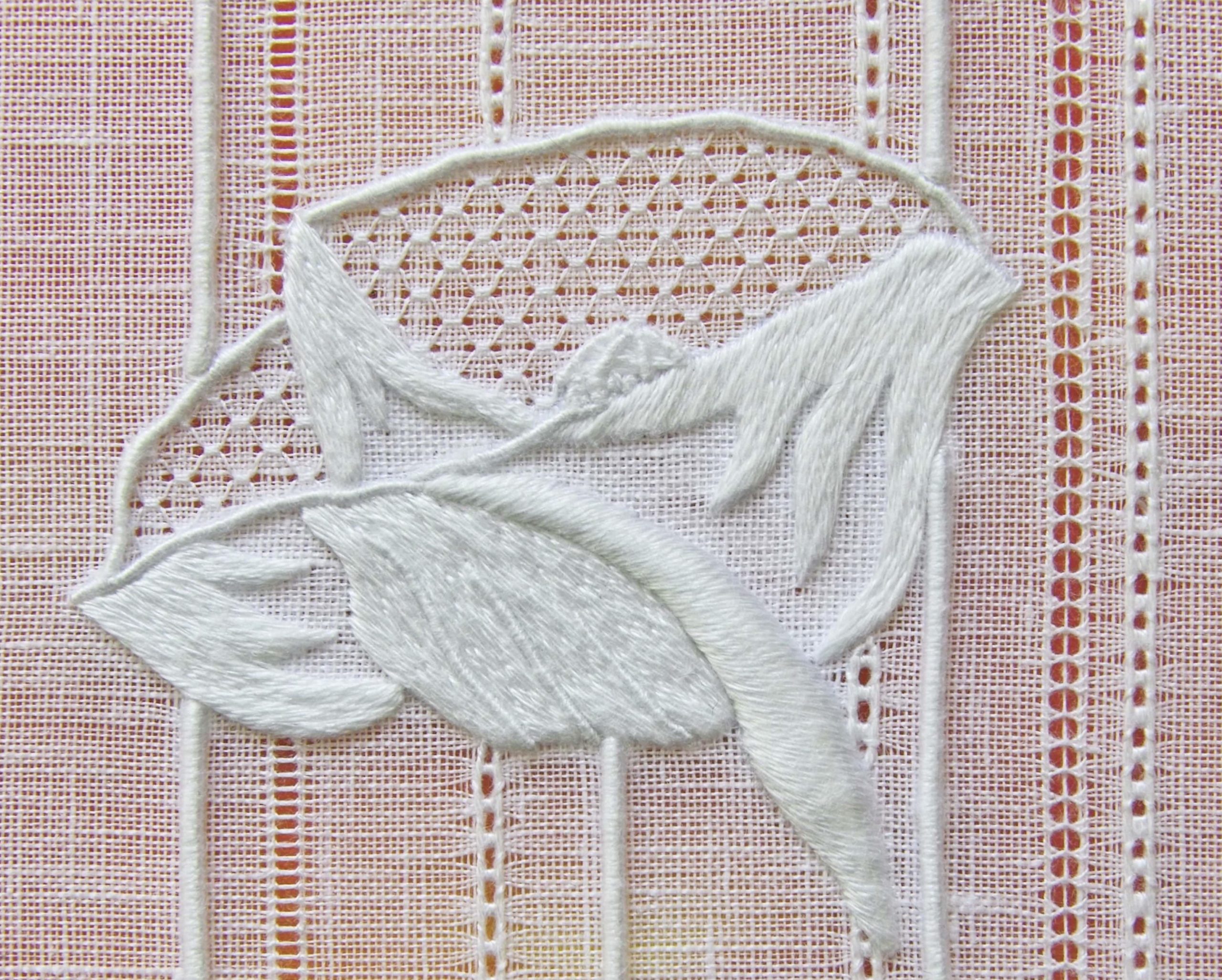 So today I wanted to look at a brief history of Pulled Thread work and also include a free stitch tutorial that has been taken from my Whitework Brooch kit (as seen below) so you can have a go yourself.

Early examples of Pulled Thread work from Arabic countries filtered through to the Mediterranean and North Africa which was later absorbed by Spain and Italy. The earliest examples of the European type of pulled stitch embroidery are recorded from the eleventh to the fourteenth centuries. The work appears to be derived from stitches such as counted satin stitch or cross stitch that have been tightly pulled together.

Other examples appear from about 1600, particularly of Italian origin on evenly woven fabric in the manner of cross stitches, pulled tightly to open out the holes of the linen, covering the background but leaving the design in unworked background material. Sometimes a coloured thread was used such as a dark red, blue or green. The design would have consisted of figures, leaves, flowers, symbols, lettering or monograms.

Open Pulled thread work on a fine cotton muslin is sometimes confused with the buttonhole fillings of Ayrshire or punch stitches which were worked in Scotland.

Pulled thread work flourished particularly in Denmark, the German states and the Netherlands, being named Danish, Dresden or Flemish embroidery, according to the district. These countries didn’t have the wealth to bring in expensive laces so the Pulled thread work became extremely fine and this period was the heyday for a remarkably high standard in craftsmanship. 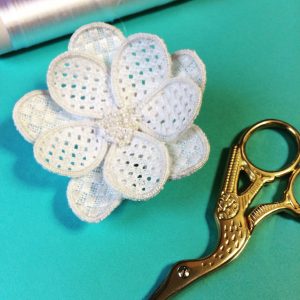 Please leave any questions or comments below.

How to attach your stumpwork wired shape

How to work Raised Stem Stitch

How To Mount Your Embroidery Ready For Framing – Part 1